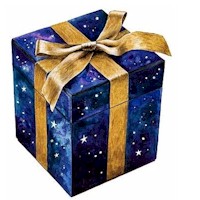 Note: 2018 was the final year for GEMs updates.

Use the GEMs When...

A sentence translated from English to Chinese may not be able to capture the full meaning of the original because of fundamental differences in the structure of the language. Likewise, a code set may not be able to seamlessly link the codes in one set to identical counterparts in the other code set. For these two diagnosis code sets, it is often difficult to find two corresponding descriptions that are identical in level of specificity and terminology used. This is understandable. Indeed, there would be little point in changing from the old system to the new system if the differences between the two, and the benefits available in the new system, were not significant.

There is no simple "crosswalk from I-9 to I-10" in the GEM files. A mapping that forces a simple correspondence—each I-9 code mapped only once—from the smaller, less detailed I-9 to the larger, more detailed I-10 defeats the purpose of upgrading to I-10. It obscures the differences between the two code sets and eliminates any possibility of benefiting from the improvement in data quality that I-10 offers. Instead of a simple crosswalk, the GEM files attempt to organize those differences in a meaningful way, by linking a code to all valid alternatives in the other code set from which choices can be made depending on the use to which the code is put.

It is important to understand the kinds of differences that need to be reconciled in linking coded data. The method used to reconcile those differences may vary, depending on whether the data is used for research, claims adjudication, or analyzing coding patterns between the two code sets; whether the desired outcome is to present an all-embracing look at the possibilities (one-to-many mapping) or to offer the one "best" compromise for the application (one-to-one mapping); whether the desired outcome is to translate existing coded data to their counterparts in the new code set ("forward mapping") or to track newly coded data back to what they may have been in the previous code set ("backward mapping"), or any number of other factors. The scope of the differences varies, is complex, and cannot be overlooked if quality mapping and useful coded data are the desired outcomes. Several common types of differences between the code sets will be examined here in detail to give the reader a sense of the scope.

After the ICD-10 implementation date as specified in the Final Rule, health care claims for services on or after October 1, 2013 will be submitted to payers with diagnoses coded in ICD-10-PCSfor all provider types, and procedures coded in ICD-10-PCS for hospital inpatient services only. The Reimbursement Mappings were created to provide a temporary but reliable mechanism for mapping records containing ICD-10 diagnosis and procedure codes to “reimbursement equivalent” ICD-9 diagnosis and procedure codes, so that while systems are being converted to process ICD-10 claims directly, the claims may be processed by the legacy systems.

CMS annually publishes updates of the General Equivalence Mappings (GEMs). The GEMs are mappings between ICD-10-PCSand PCS and ICD-9-CM codes. These annual updates can be found on the CMS ICD-10 website at http://www.cms.gov/ICD10.

The reader is advised to see the User's Guides provided with the GEM files. Each contains a general discussion of the challenges inherent in translating between code sets, and the strategies that may be adopted to develop mappings from the GEMs for specific applications. Those discussions are not repeated here. The GEM User's Guides also provide a comprehensive glossary, which may be of use to readers unfamiliar with the terminology of code set translation.