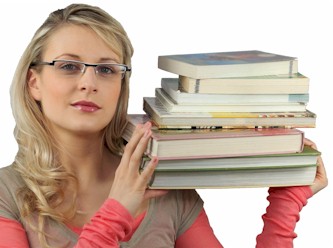 As previously published, under certain circumstances, procedures and services provided in the hospital outpatient department and ambulatory surgical center may be discontinued.

Therefore, in the event a procedure or service is discontinued, modifiers 73, and 74, would be appended to the procedure code, in order for the facility to be paid for costs incurred. These modifiers are defined as follows:

The following eight examples are being published to provide further clarification regarding the appropriate use of these modifiers.

A patient was seen in the emergency room with a fracture to the proximal phalanx of the little finger, left hand.

Two attempts were made to reduce the fracture; however, an Xray showed that the fracture was only partially reduced. The fingers were then taped together and a splint was applied.

What is the correct way to report the fracture care provided?

It would be appropriate to report CPT code 26725, Closed treatment of phalangeal shaft fracture, proximal or middle phalanx, finger or thumb; with manipulation, with or without skin or skeletal traction, each, with modifier F4, Left hand, fifth digit, appended to indicate which finger the procedure was performed on.

Although the fracture reduction was not successful, the procedure was performed, and therefore, no other modifier would be appended.

A patient is admitted to undergo a diagnostic colonoscopy for abdominal pain.

A small polyp was found in the rectosigmoid junction, which was removed by snare cautery.

How should this encounter be reported?

It would be appropriate to report CPT code 45385, Colonoscopy, flexible, proximal to splenic flexure; with removal of tumor(s), polyp(s), or other lesion(s) by snare technique, for the procedure performed.

Because the procedure was started, it would be appropriate to append modifer 74 to indicate that the entire colon was not examined.

A patient is diagnosed with a degenerative labral tear and subacromial bursitis of the right shoulder. The patient presents for labral debridement and bursectomy.

During the course of the procedure, it was determined that the patient did not have any bony impingement present, and therefore, the acromioplasty was not performed.

Which CPT codes should we report to capture the procedures performed?

Based on the limited information provided for this request the physician should be queried to clarify (a) whether this procedure was arthroscopically performed, (b) does the physician consider the bursectomy to be a debridement, and (c) was the procedure performed a true partial acromioplasty.

In addition, CPT code 29825, Arthroscopy, shoulder, surgical; with lysis and resection of adhesions, with or without manipulation; would also be reported. Modifier 74 should also be appended to CPT code 29826 to indicate that the service was reduced since the bony acromioplasty was not performed.

A patient presented for a left heart catheterization, with selective left and right coronary angiography, and left ventriculography.

An angioplasty of the mid and distal LAD was performed in addition to the left heart catheterization, coronary angiographies, and left ventriculography.

How would we report the procedure performed on the right coronary artery?

Since the coronary angioplasty was attempted but not completed, it would be appropriate to report CPT code 92982, Percutaneous transluminal coronary balloon angioplasty; single vessel, with modifier 74.

Modifier 74 is appended in this scenario to indicate that after administration of anesthesia the procedure was started but terminated due to the inability to pass the guidewire past the midportion of the right coronary artery.

A patient was scheduled for a stereotactic breast biopsy of the left breast.

Stereotactic images were performed; however, the lesion to be biopsied was not visualized.

Anesthesia was not administered and the biopsy was not performed. How should this encounter be reported?

It would be appropriate to report CPT codes 19102, Biopsy of breast; percutaneous, needle core, using imaging guidance, with modifier LT, Left, and 77031, Stereotactic localization guidance for breast biopsy or needle placement (e.g., for wire localization or for injection), each lesion, radiological supervision and interpretation, for the procedures performed.

Although the breast lesion was not visualized, the biopsy was planned, therefore, CPT code 19102 should be reported with modifier 73 only if taken to the treatment room.

A patient presented to the radiology department for a lower limb venogram. The injection part of the procedure was attempted several times without success. The procedure was cancelled.

Which code(s) can we report for this encounter? Although the procedure was not completed, supplies and employee time were used.

A patient with left pleural effusion presents for diagnostic thoracentesis. The patient’s skin was prepped for the thoracentesis and a local anesthetic was given. The needle was inserted into the pleural space, however, pleural plaque was encountered and the thoracentesis could not be performed. The needle was inserted into two different interspaces and pleural plaque was again encountered. At this point, the procedure was cancelled. How should this encounter be reported?

It would be appropriate to assign CPT code 32421, Thoracentesis, puncture of pleural cavity for aspiration, initial or subsequent, with modifier 74 appended.

Modifier 74 is appended in this scenario since local anesthesia was given but the procedure was not completed.

Coding advice or code assignments contained in this issue effective with discharges May 1, 2008.