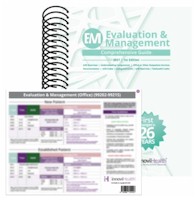 To read the full article, sign in and subscribe to AHA Coding Clinic® for ICD-10-CM and ICD-10-PCS .